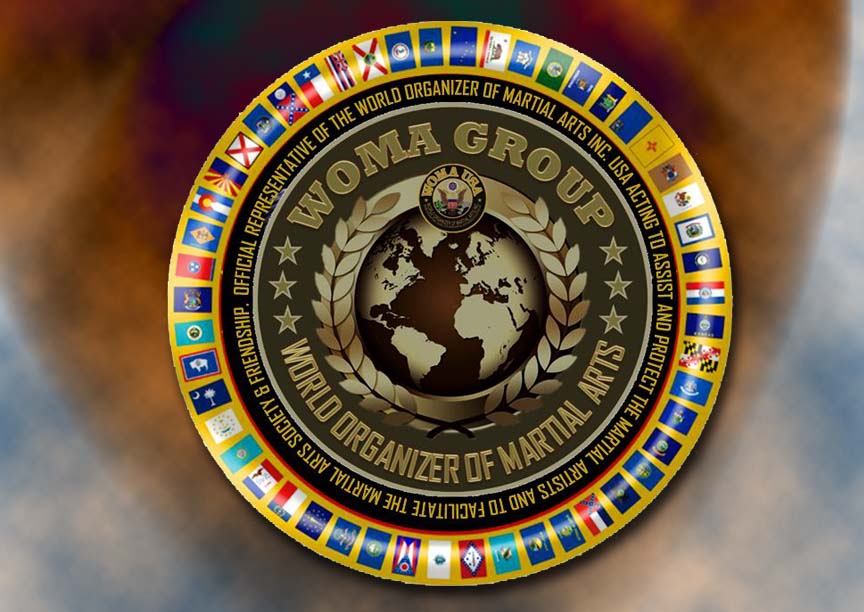 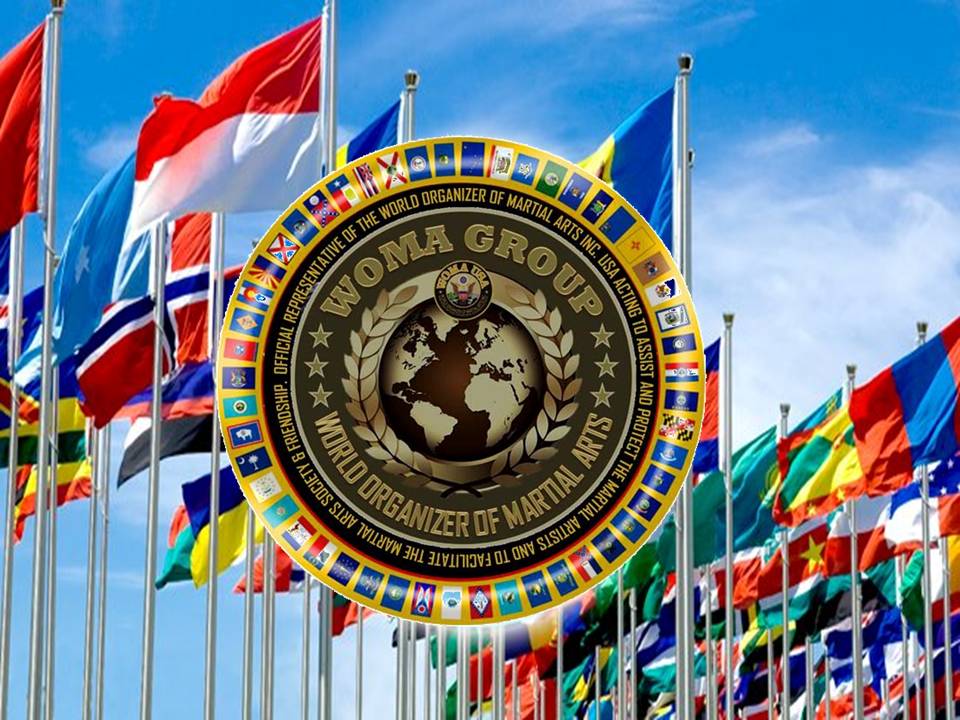 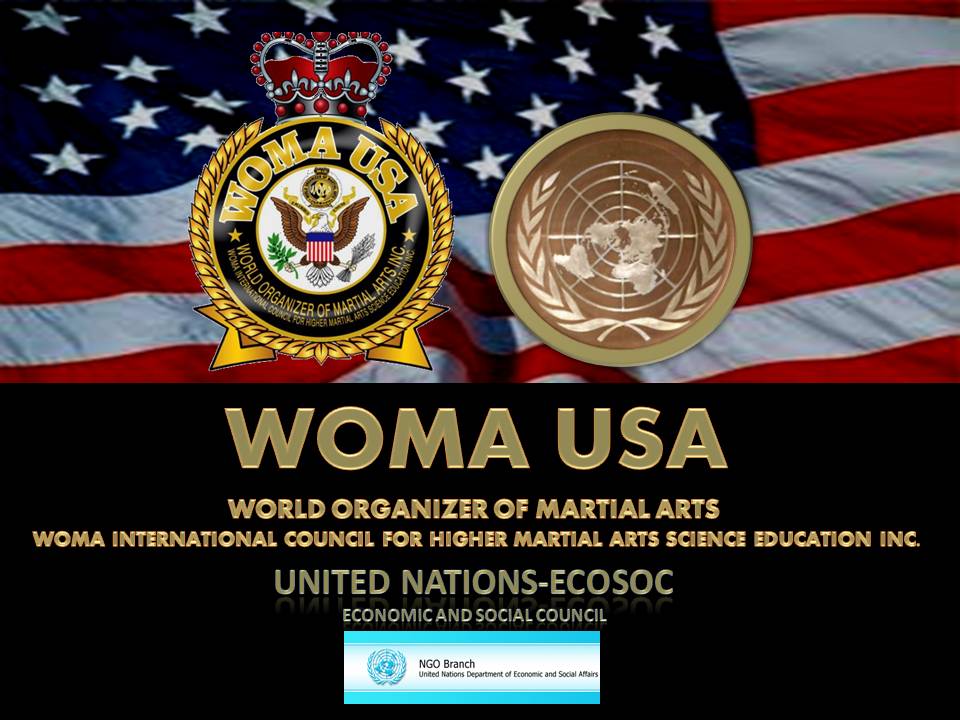 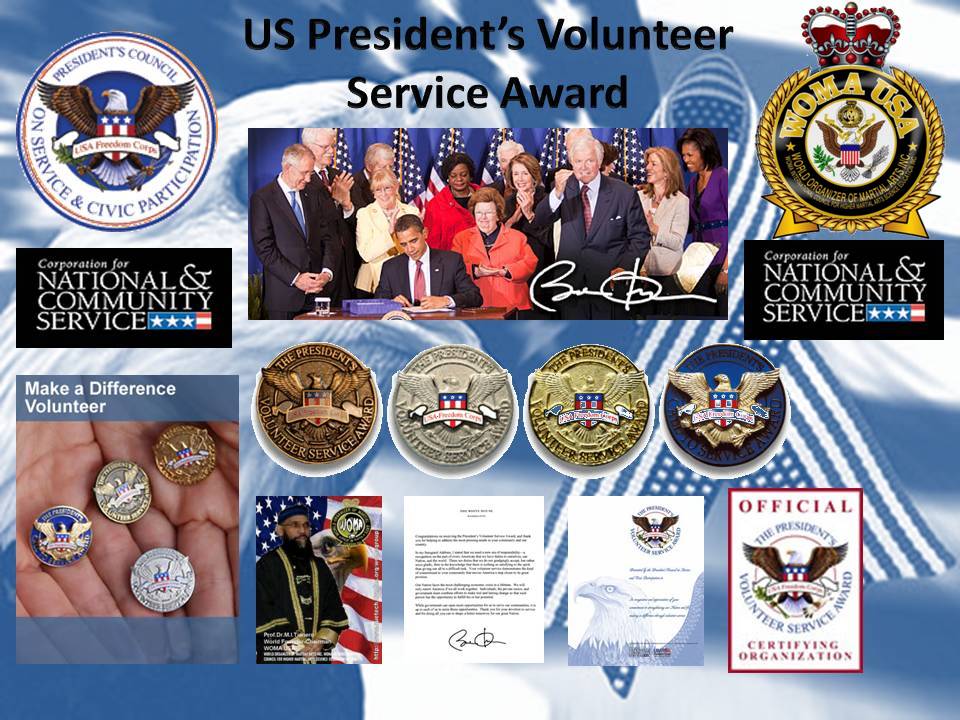 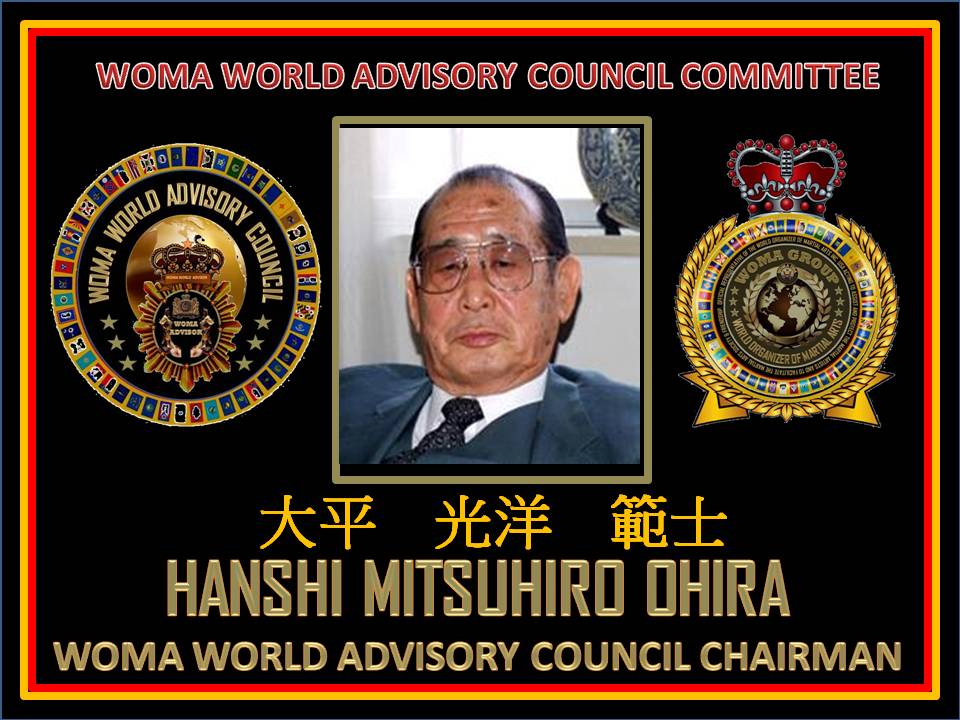 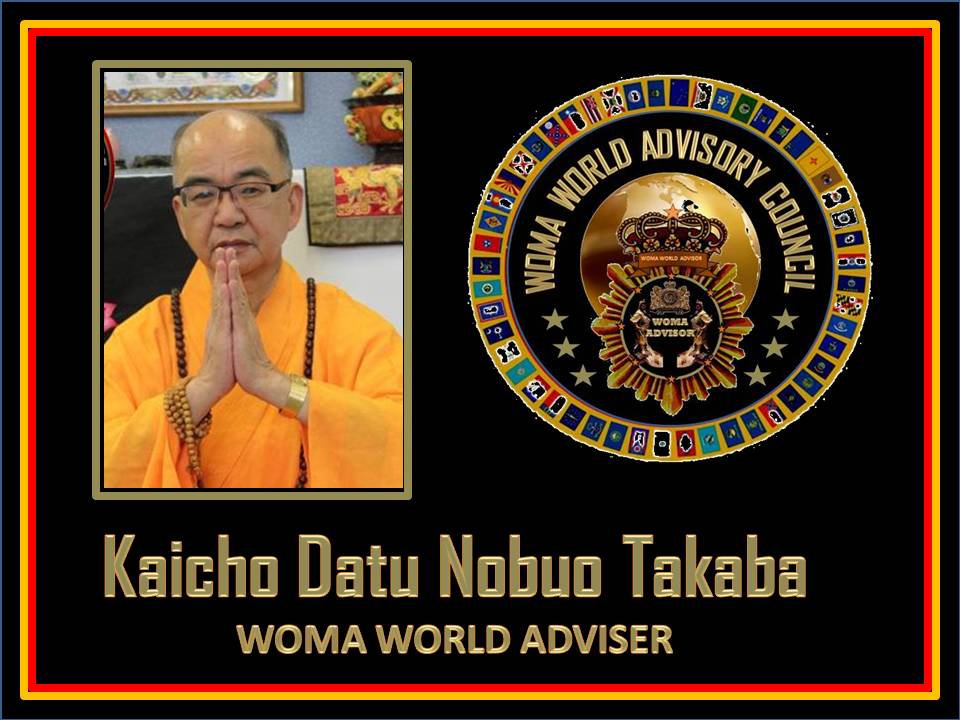 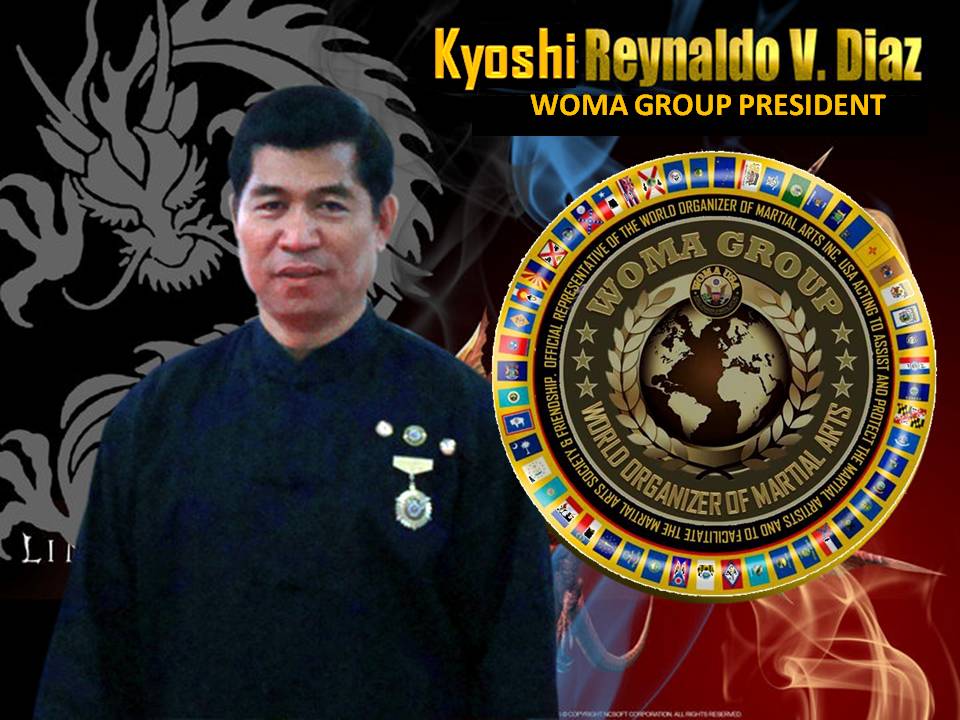 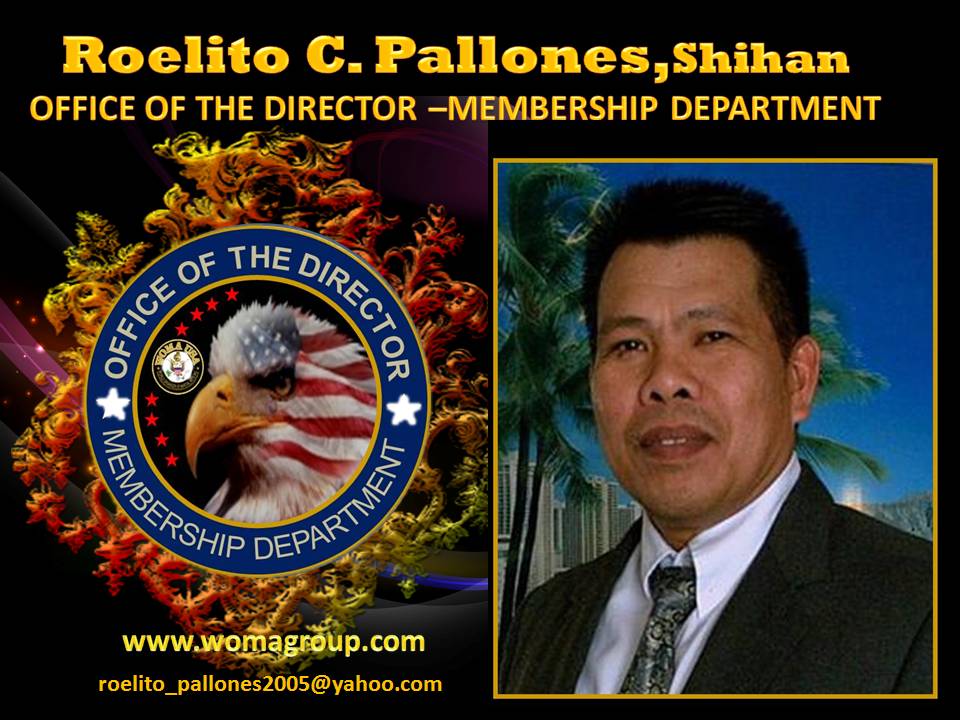 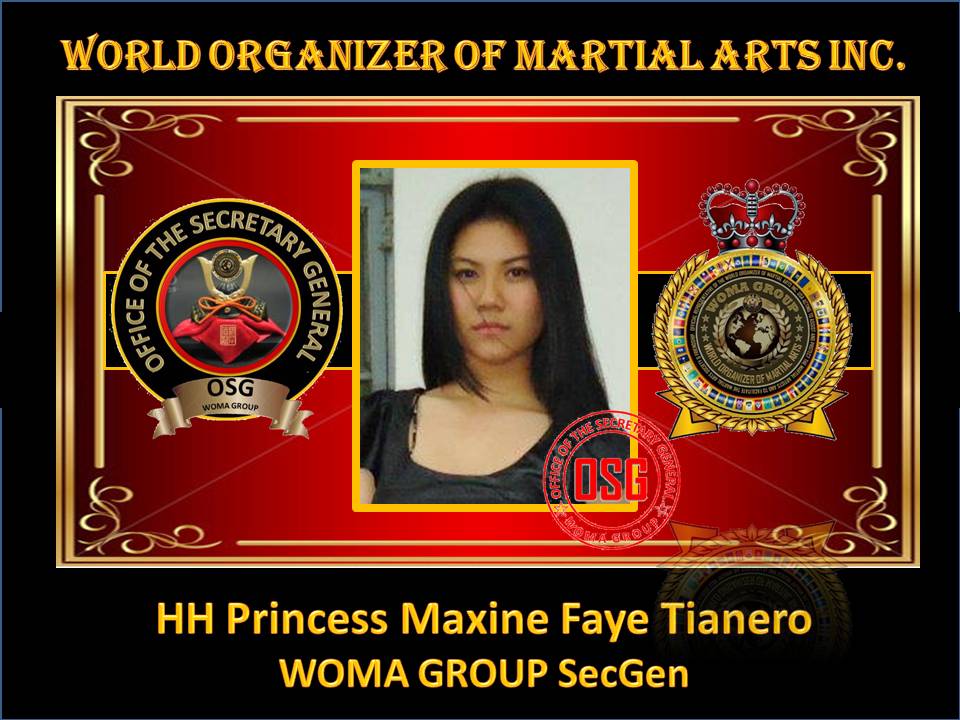 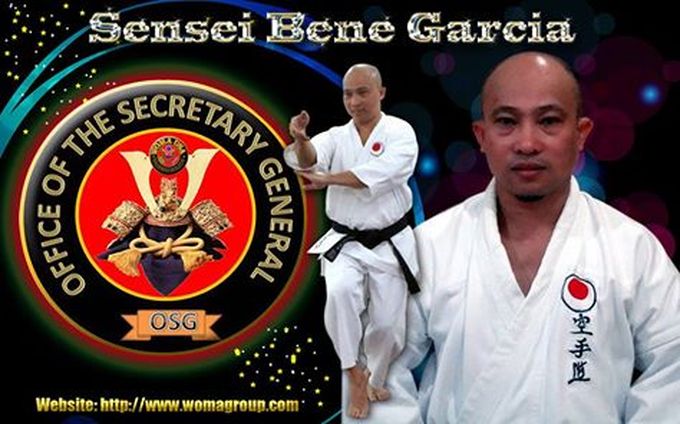 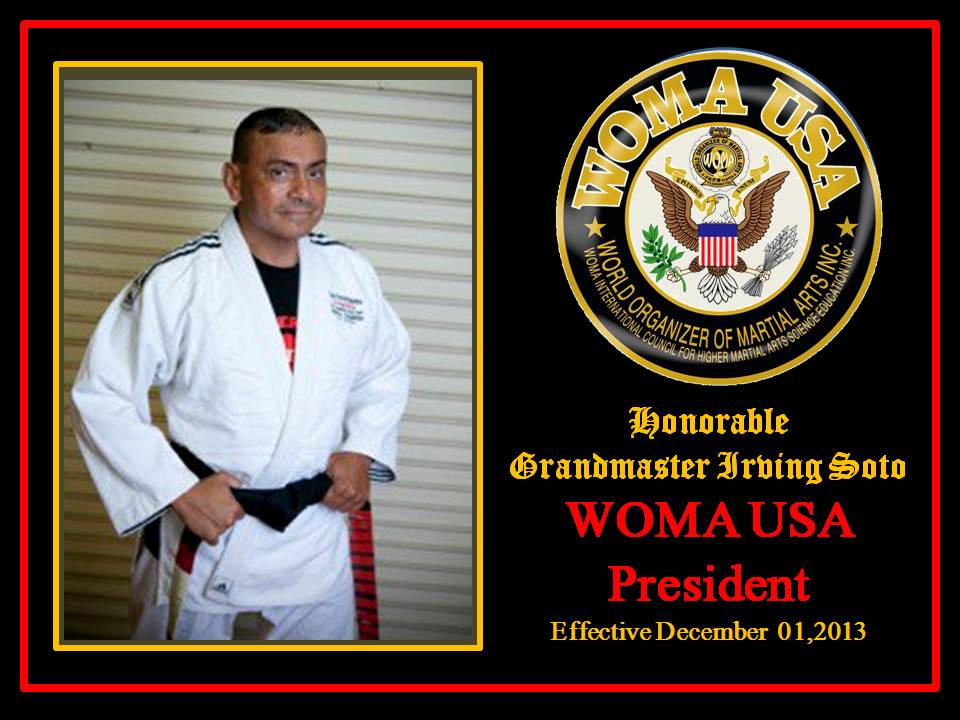 Mission and Purposes A

Mission and Purposes B

Outline and establish minimum training levels for the granting of degrees. Offer degrees, which correspond to those earned through education and other fields. The W.O.M.A has created this martial arts degrees program to establish specific criteria and offers a full range of professional degrees in out-field, the W.O.M.A wishes to raise the standards and increases the professionalism throughout the martial arts world.

THE PURPOSE OF THE WORLD ORGANIZER OF MARTIAL ARTS APPROVED BY THE SECURITY AND EXCHANGE COMMISSION AND THE TECHNICAL EDUCATION AND SKILLS DEVELOPMENT AUTHORITY.

THAT THE PURPOSES FOR WHICH SUCH ASSOCIATION IS INCORPORATED ARE:

The World Organizer of Martial Arts (WOMA) Inc. was founded in 1990.  In 1997, it was registered and approved by the Secretary of State of Delaware in Wilmington, United States of America. In 1998, it was the first launching to organize the headquarters in the Kingdom of Saudi Arabia with the auspices of the Prince Special Council for Sports and Martial Arts Special Office. With the Special Power and Authority granted by the Prince Special Council Office to the WOMA (World Organizer of Martial Arts) on May 01, 1997.

The WOMA was established to organize All Martial Arts Practitioners to form unity and brotherhood amongst martial artists. It promotes leadership, unity, respect and diligent works towards improving abilities as well as one's state of mind in martial arts. Since that time, the WOMA has increased overall recognition of martial arts by joining the International Martial Arts Organization worldwide. In 2003, it was officially registered and approved by the Philippine Government at the Security and Exchange Commission.

In the Kingdom of Saudi Arabia, it was approved by His Highness Prince Bader Bin Mohammad Mograne Al-Saud Special Office in Riyadh with Special Power of Authority to the World Organizer of Martial Arts (WOMA-USA) dated May 01, 1997 and it has been granted a Private Office of His Highness Prince Faisal Bin Abdullah Bin Thenian Al-Saudi with Special Authority No. 0390-004. On December 1, 1999.  It was approved with authorization by the Prince Special Council Office for Sports and Martial Arts.

In the United States of America, it was registered in the State of Delaware, the Secretary of State approved and certified the Certificate of Incorporation of "WOMA INTERNATIONAL INC., filed on 23rd of May 1997, with authentication No. 8485742 dated 05-29-97.

In the Republic of the Philippines, it was registered at the SECURITY AND EXCHANGE COMMISSION AND TECHNICAL EDUCATION AND SKILLS DEVELOPMENT AUTHORITY for Technical Vocation Education Testing in accordance with the Corporate Code of the Philippine Government. Approved by the Philippine Government the registration of WORLD ORGANIZER OF MARTIAL ARTS INC. (WOMA), duly approved by the Commission with Certificate of Incorporation, the Company Registration No. CN200262825 Dated 17th of January 2003.

Support-Sponsorship and Organization of Various Championships

The WOMA in cooperation with the BOMAC (Board of Martial Arts Council), an authorized accreditation of certification Office for Martial Arts Testing and for Referees and Judges examinations, testing, management and organization of standards applied in the testing officials, instructors and practitioners.

Grading and Seminar sessions are frequently organized by both organizations with cooperation with other club organizations in order to improve techniques of participants.

Support and Management of Membership

The WOMA manages the All Sports Martial Arts representing each individual clubs and organizations into a single organization. WOMA members are able to serve an official capacity internationally as participants in competitions and as graded martial arts practitioners.

·         International Unification of Karatedo and other Martial Arts

·         Promotion and Support of National and International Competition

·         1990, WOMA formed different martial arts club to be recognized by the organization

·         1997, WOMA was officially registered and approved by the Secretary of State Delaware, United States of America.

·         1998, WOMA formed the BOMAC-Board of Martial Arts Council to train Referees and Judges for national and international standards.

·         2003, WOMA was officially registered at the Philippine Securities and Exchange Commission.

These groups are members with different style/system participants in the Open all Invitational Martial Arts Tournament in the Kingdom of Saudi Arabia. 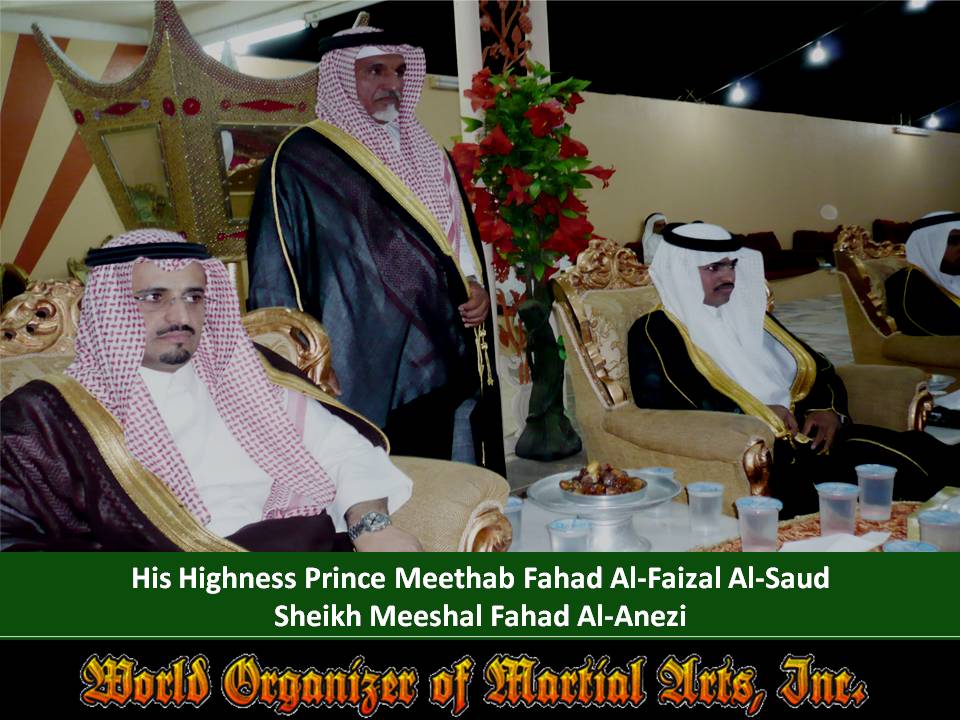 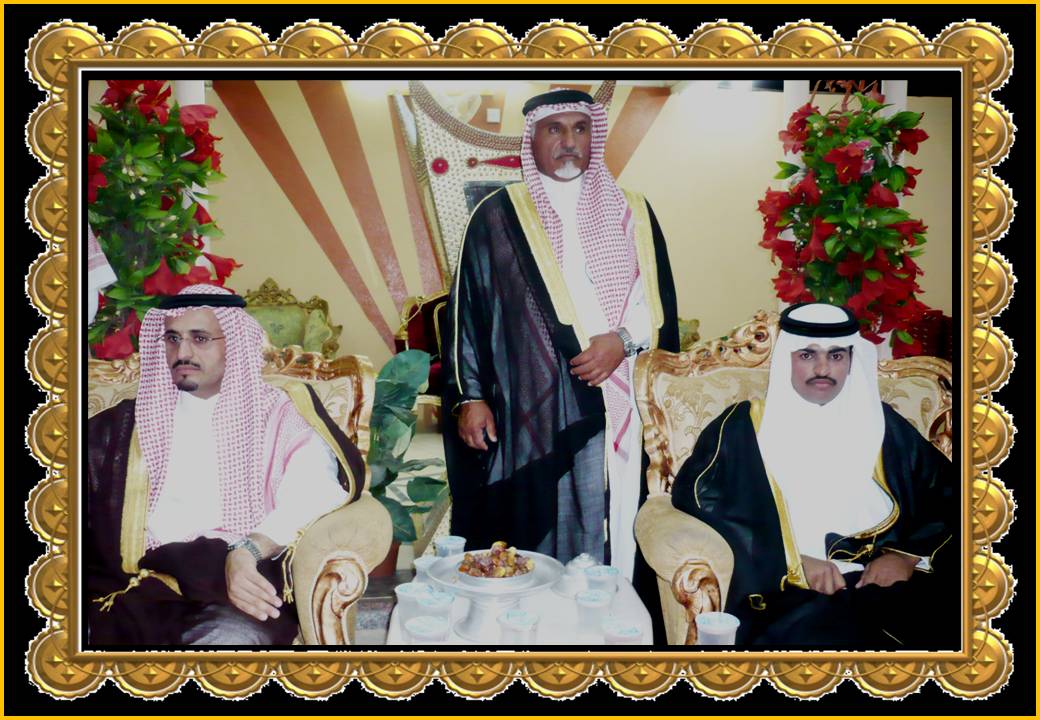 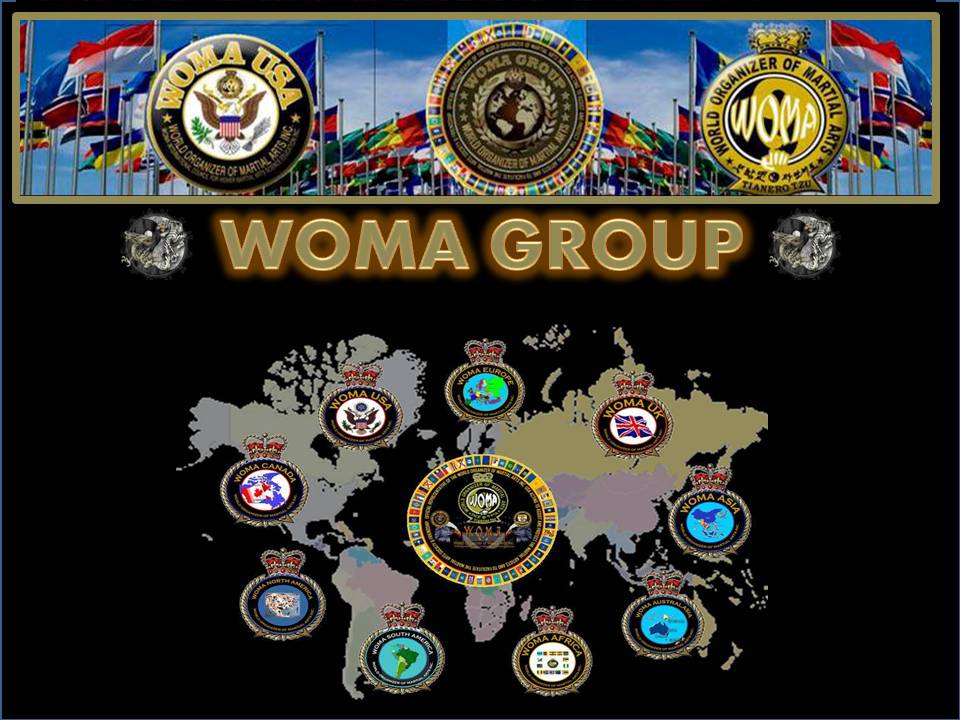 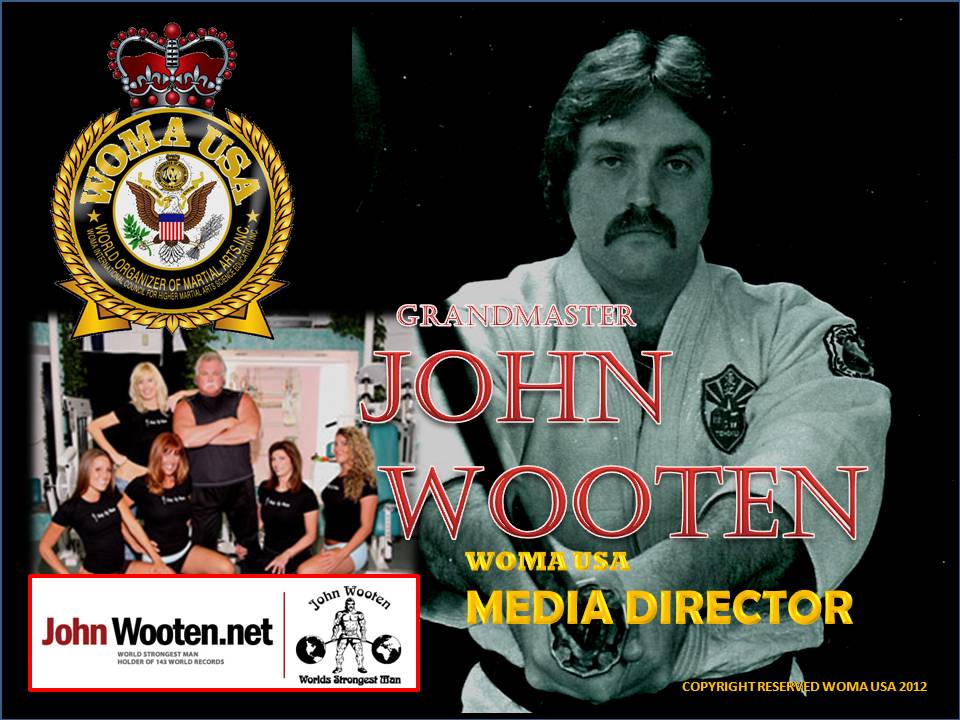 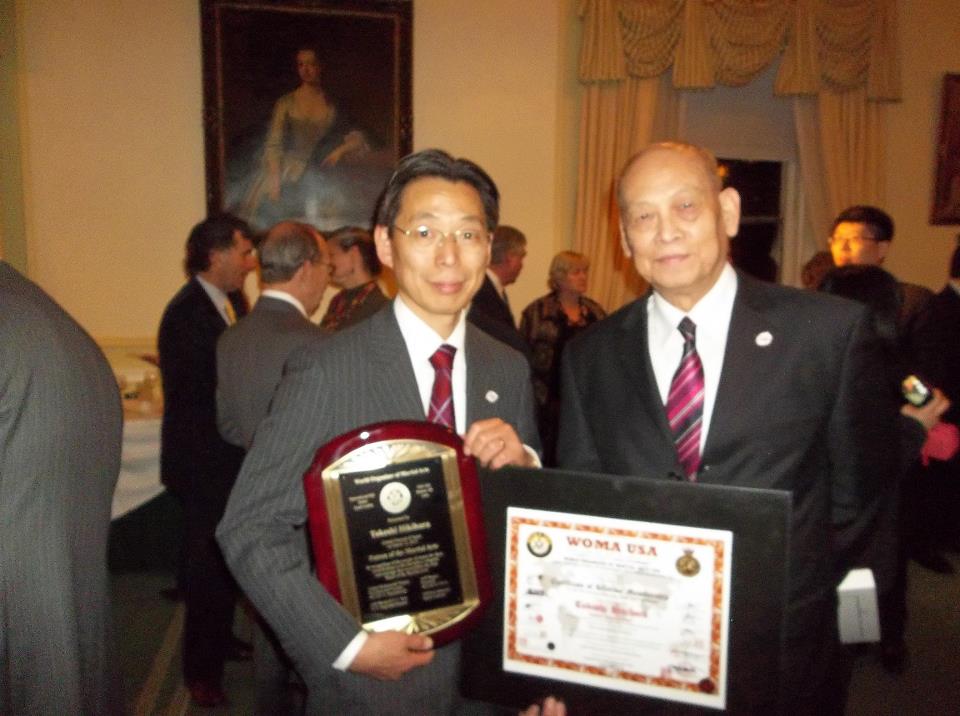 Grandmaster Winchell Woo presenting the Consul General of Japan with a WOMA membership certificate and WOMA plaque for his patronage of martial arts. Taken March 12th, 2012 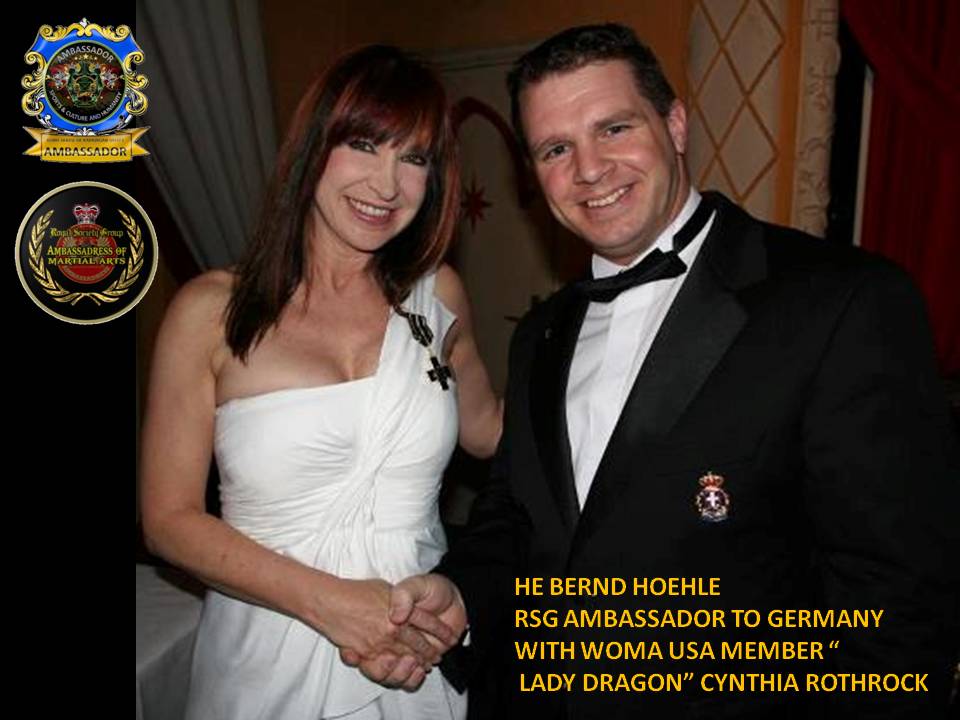 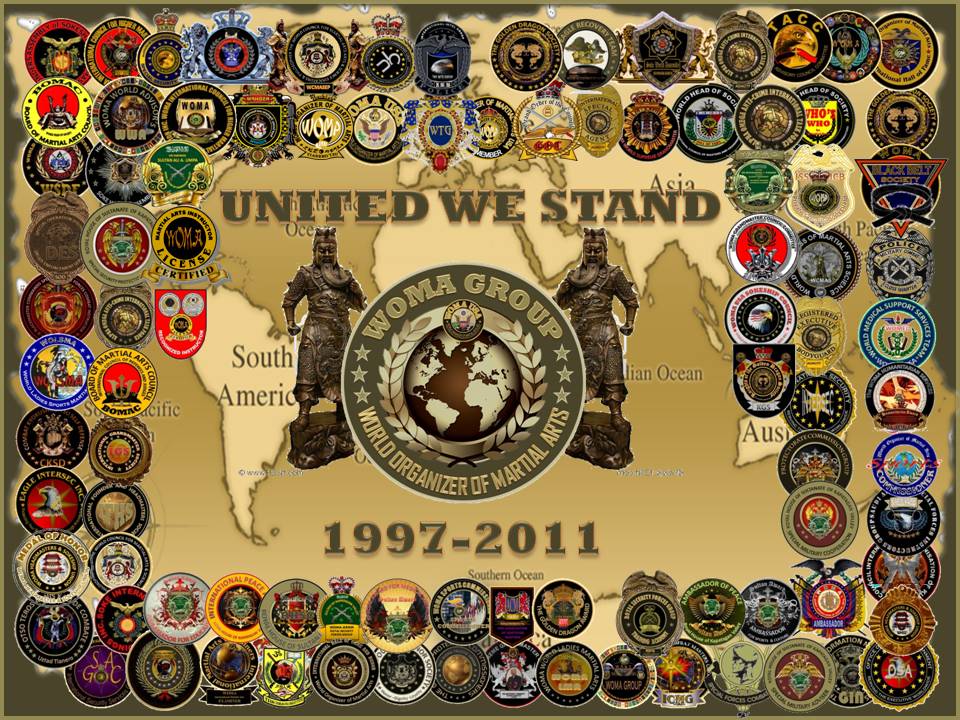 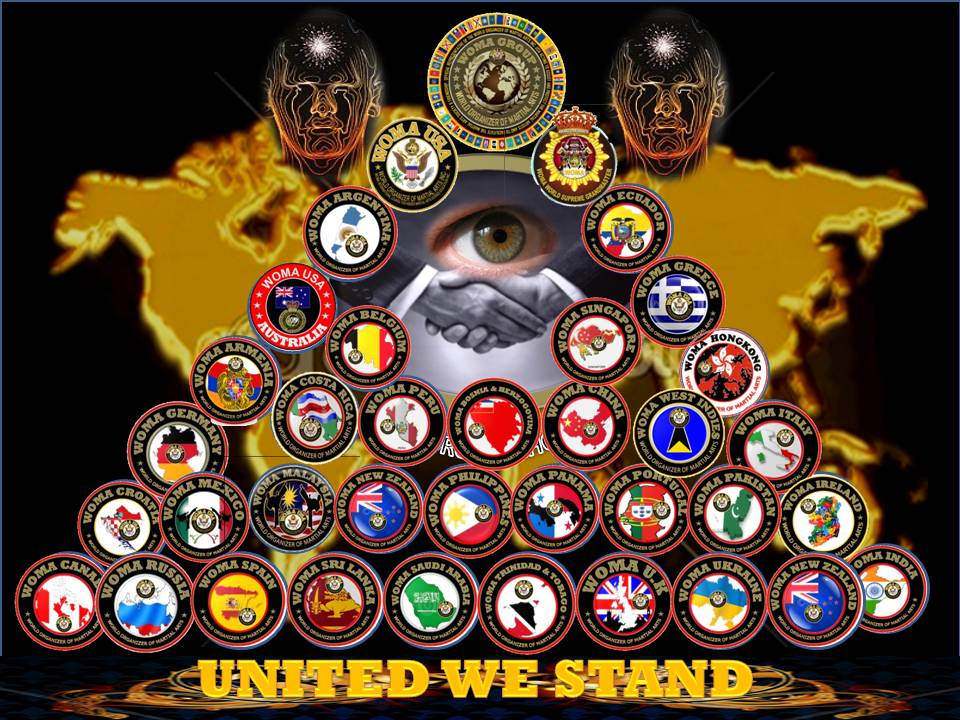 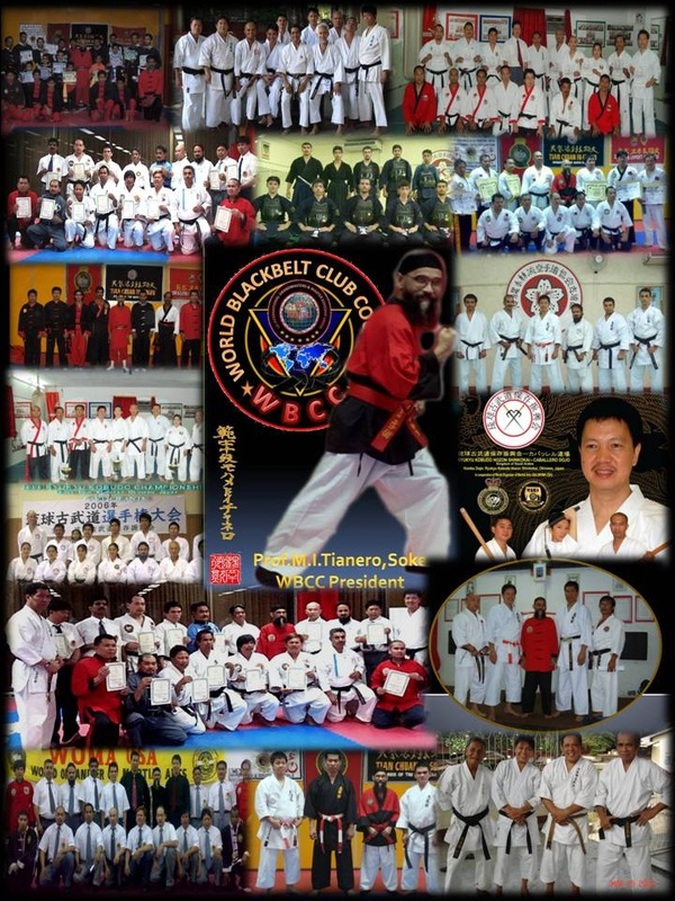